On the diversity of land snails Down Under

Ever since Europeans have set foot here, Australia has been a pretty exciting place for biologists. While the first reports on hopping creatures and duck billed water moles were initially met with suspicion back in Old Europe, it soon became clear that the continent indeed harbours a unique fauna and flora, which resembled little the biotas found elsewhere in the world. And because the place is big, there has been a lot to discover – and trust me, there still is. In fact, it is estimated that Australia is home to about 600,000 native species of plants and animals, or in other terms, perhaps 10 per cent of Earth’s biodiversity. However, you may be surprised to learn that a whopping three quarters of these species are awaiting discovery. On the other hand, Australia has also suffered the largest documented decline in biodiversity of any continent over the last 200 years due to the grave impact of humans on the natural world. As a result, Australia ranks high amongst the global hotspots of endangered and extinct species (Department of Environment, 2009).

Posted by Charles Lydeard at 7:50 AM 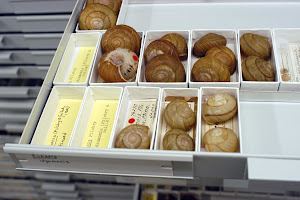